where it all began

Hickory Nut Falls Family Campground began in 1970 when Wayne & Jane Carriker opened up campsites to vacationers from all over to enjoy the beauty of Hickory Nut Gorge. Their love of nature combined with their love of people and passion for camping shaped the campground into a family vacation spot for countless tourists. Over the years, HNFFCG has been a favorite spot for family getaways - even for the Carriker family. Wayne & Jane’s four children, their spouses & finally the next generation of children made everlasting memories at the campground along with tourists.

The oldest of the Carriker children, Ann, began helping her parents with the day to day operations in the late ’80s. Ann’s daughter, Robin, began spending her summers at the campground and joining her dad, Tom, for road trips to the campground on the weekends so they could help out, too.

Shortly after Robin was married, she & her husband Bennett came to Chimney Rock for a visit & decided to move to the area permanently. Robin & Bennett moved to Chimney Rock in 1994 and have been involved in the campground ever since.

After the passings of both Wayne & Jane, the Carriker children and their children made the decision to sell the campground. Robin & Bennett had the opportunity to purchase the family business and keep the campground alive and operating the way Wayne & Jane intended. 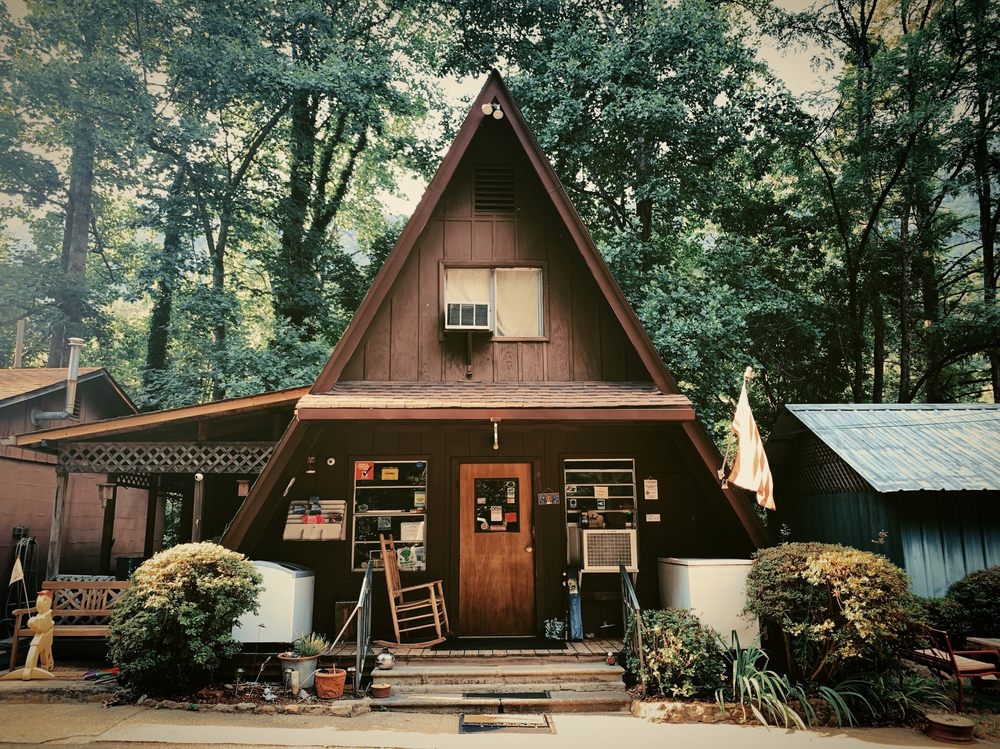 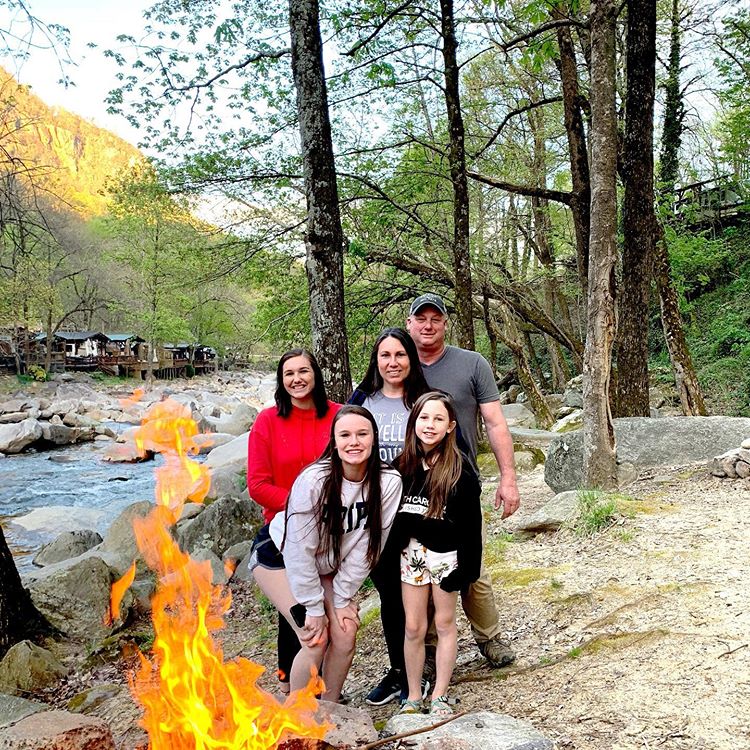 Robin & Bennett Phillips and their daughters, Zoe, Maya & Ava are extremely excited to take on this adventure!

Their love of nature, people & camping drives them to make Hickory Nut Falls Family Campground the family retreat that Wayne & Jane planned. Fifty years after the Carriker’s began the campground, the Phillips family is bringing their own passion to this beautiful place that holds memories for so many people. If you are looking for a truly unique camping experience, come stay with us and become a camping nut!

we truly are a family campgr0und!